In 2010 Krizevac Project was fortunate to recruit two wonderful early years trainers, we knew that they had the most important job we had ever tasked a volunteer to do: we asked them to train the team of Malawians who would grow and lead Mother Teresa Children’s Centre. A task they accomplished with skill and dedication. One of them, David Meechan has recently returned to Chilomoni and couldn’t resist popping in to MTCC to see how his old students were faring. Here in his own words is David’s reflection on his day.

“I left the Beehive three years ago after having been a volunteer for nearly two years with my colleague Marian Pearson. Our task had been to train a team of sixty care givers who would work in a new children’s centre in Chilomoni called the ‘Mother Theresa Children’s Centre’ or MTCC for short. The first of its kind in Malawi. Today, I’m back visiting to see how things have developed.

The first thing I notice are the faces of students we started training in 2010, now qualified care givers. It’s great to see them still here doing what we trained them to do. Then there are also the new faces too. This is because the MTCC is continuing to provide training to new care givers. This is important as this adds to the sustainability of not only the MTCC, but the quality of care and support that is offered to children who attend the centre. It further adds to the MTCC’s ethos of continued professional development. Just as the children are continually encouraged to develop, so too are the care givers. Further more, an advanced diploma is also being offered to meet the needs of more experienced staff. To see all of this in action, humbles me with what was once discussed and hypothesised about at various meetings I attended in the early days I was a volunteer. The dream and vision really is becoming reality.

Today I’m spending the morning with Patricio who heads the outreach team and Chifundo who has been at the MTCC for over a year now. Patricio is one of the people I taught during my time as a volunteer, I am therefore pretty excited to see how he’s doing. In the morning we visit a local nursery school. This is to provide support in terms of practice and ideas for activities to do with the children who attend there. On the way there Patricio and Chifundo are eager to explain their work. They have twenty-nine settings in the local area that the team aim to visit at least each month. Even before we’re inside the team are welcomed by a group of excited children. A ‘Hello’ song is started by Patricio and eagerly joined in by the children after which a story is read by Chifundo. Then children are split into groups for different activities. It was great to see familiar activities but also localised and relevant activities that needed only imagination and a little support to engage the children. Without doubt, I felt an enormous sense of pride in watching Patricio doing what he does best. Afterwards I asked him how he thought the session went and he replied ‘You know David, when you used to come and watch to asses me before, I had the fear. Today, I didn’t have the fear- I enjoyed it.’ What I saw in Patricio was a sense of enthusiasm and confidence that was wearing off on Chifundo. But bigger than this, I also realised that the project is working, volunteers at the MTCC are empowering the care givers who are then empowering their fellow colleagues.

We made it back just in time for me to visit the south building where the day care is provided. Visiting each room I found happily engaged children. The care giver’s interactions brought smiles to my face endlessly. I found one care giver hiding in the play house in an intense game of hide and seek, another sat assisting a group with fine motor skills and another, when I returned to the staff room, reading up on treasure baskets for the baby room. Being a volunteer I always knew the potential that such a project as the MTCC had and being in the privileged position as a trainer I saw those early sparks, but now I was seeing the continued results a few years down the line and it’s fantastic.

At lunch time I visited the various rooms as care givers sat with the children to eat lunch. A huge part of the training programme we developed focused on nutrition and it was good to see how seriously this is still taken. Some of the children attending the MTCC come from the poorest families in the township, relieving the burden of having to prepare food for their children during the week, although a small act, is a very important act. This enables the children the best start they can ask for, full of energy and eager to learn.

After lunch I head out to a parenting group that’s ran each week at a local primary school with Patricio and Ruth. There are three levels for parenting groups and this group is near the end of the third level so coming to an end. The group was slow to start as parents trickled in but by the time everyone arrived there were close to twenty parents. Today issues such as ‘What is a child?’ and ‘At what age can you leave a child home alone?’ where discussed. All familiar questions to practitioners back home, but what I really enjoyed was the amount of discussion and dialogue these questions generated between parents and the good humour used to facilitate the conclusions. A clear relationship had been established between Patricio, Ruth and the group- just great to see and witness firsthand. At the end of the group drinks and snacks were given and several smaller group discussions broke off.

I also had chance to visit several families whose children were some of the first to benefit from sponsored places at the MTCC and who have now left and attend the local primary school. The conditions they were living in had changed little since the first home visit I had made a few years ago. But the welcoming and the smiles I received were totally heart-warming and whole experience was pretty emotional to be honest. Their lives are still very difficult, and as much as their children miss the MTCC I was told that they’re all doing well at school- albeit the circumstances within which they now learn.

As I boarded a mini bus for home, I looked out of the window trying to gather my thoughts on the day. Chilomoni on the face of it has changed little, but dig a little deeper and there’s some real change happening. A constructive change for those children and families who have access to the services and day care at MTCC. Admittedly, I left feeling very proud and happy with the work that is being done. A huge well done to all of you involved both in the UK and Malawi.” 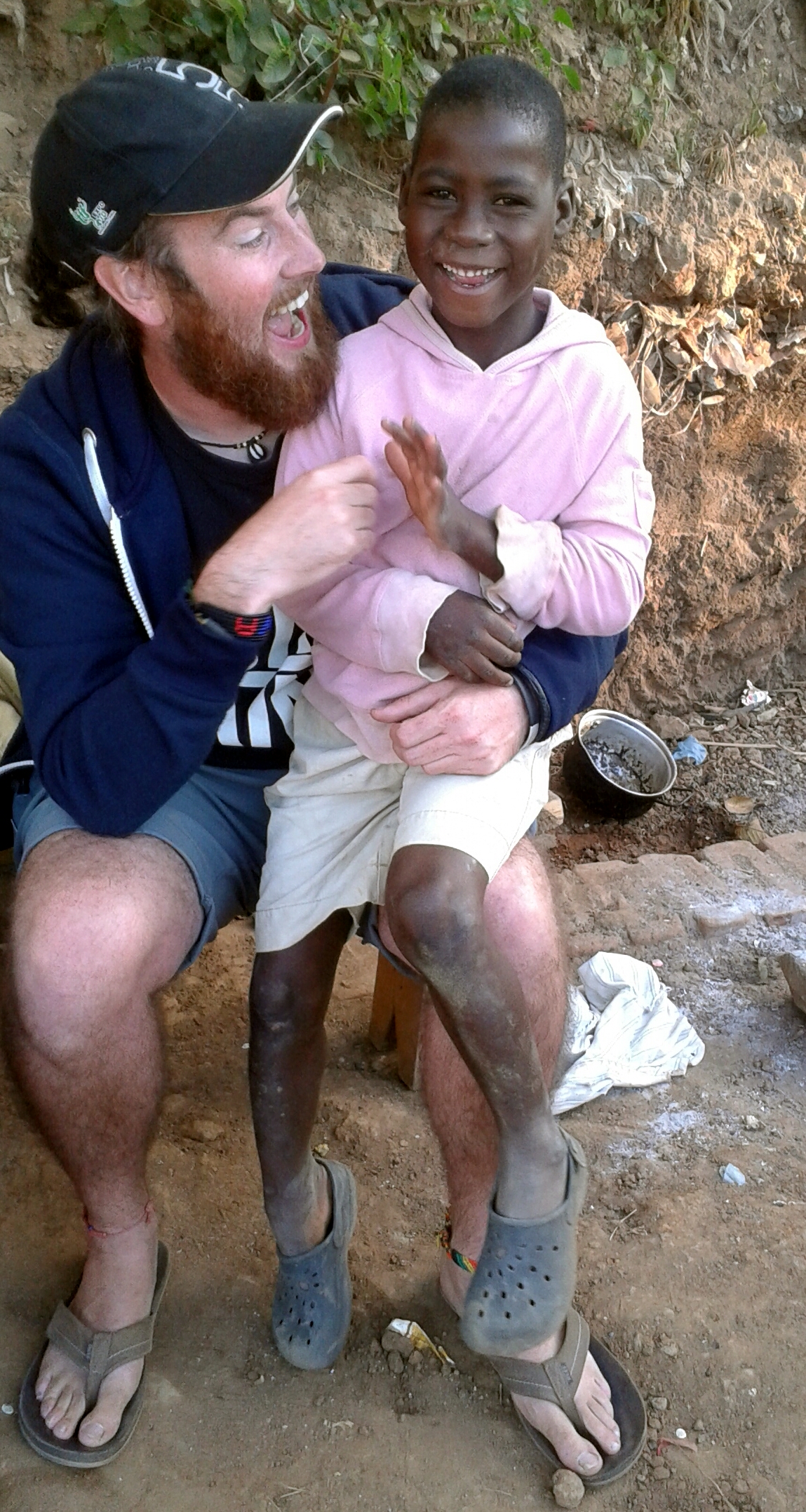 David catches up with his old friend Rabson