It’s easy to understand the value of adult bikes in Malawi; grown-ups need to get to work and transport goods. But we’re often asked, and we even question ourselves, about the value of children’s bikes. This story of Brian and David really brings home the huge value of us sending children’s bikes too. They are sold low-cost at Beebikes, all of the money raised from the sale of bicycles funds the vital work carried out by Mother Teresa Children’s Centre. So not only does Brian get to enjoy his bike, thousands of less fortunate Chilomoni children are enabled to have the best possible start in life because of the bicycle sales.

David Namuthe is married, aged 25, he works at Mother Teresa Children’s Centre as an Extended Schools Worker. David’s wife Prisca, aged 22, has to work in a café abroad in South Africa because finding work in Malawi is almost impossible. They have two charming boys. Brian is 5 years old, he goes to Mulunguzi primary school in Chilomoni; his brother Luckson is 3 years old and is at a nursery school.

With his wife away David must take the children to school each day. School and work start at 7:30am and finishes at 4:30pm and with a one hour walk each way it is a long day. David had a bicycle but the children did not.

David decided that now Brian was 5 he could ride a bike to school. David paid for the bike by doing layby. This means each month a portion of his salary was put aside by Beehive. In 4 months he had saved Malawi Kwacha 23,300 which is about £24 and he could finally choose the perfect bike from Beebikes. 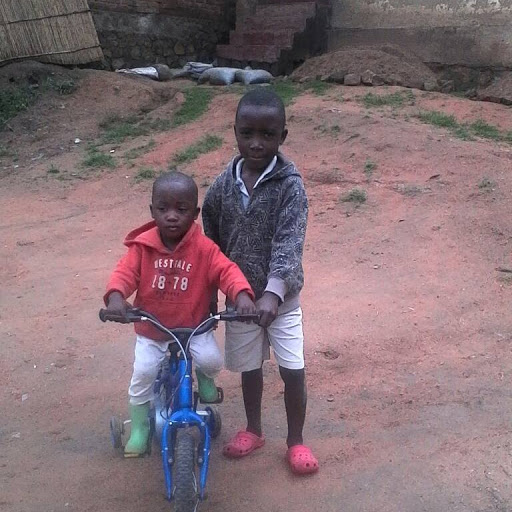 Brian absolutely loves his bike as he does not have many toys. He enjoys riding to school and likes playing with his friends at the weekends. It is wonderful to be able to share his bike as not many of his friends have one.

David and Brian can now enjoy going for a cycle ride together and can go shopping at Blantyre market. It is much better than going on a minibus and they can save the minibus fare which really helps the family finances.

We’d like to introduce two wonderful people to you. Adina Curca and Deborah Lawson are the latest volunteers to join team Krizevac. They’re offering 6 months of their time to share their skills and knowledge of early years development to the Care Givers at Mother Teresa Children’s Centre in Chilomoni Township, Malawi. Debbie is a…

3 years ago when I came to Beehive to study Tailoring & Design my teacher, Maria, was so kind and understanding. I was going through financial problems and could not afford the tuition fee. She helped me raise funds to pay the fees and I graduated with a Diploma. I am where I am because…

Triplets Trinity, Triphonia and Treeza were born in Chilomoni Township in November 2013. With three other children in the family, and no income, severe financial difficulties caused major concern to the Child Welfare Team. Mother Teresa Children’s Centre, were approached to help. This Krizevac funded centre has been able to provide clothes, beds, bedding, a…

Gavin Wickham, Operations Director of Britain’s most successful forklift truck company, Briggs, was delighted to hand over the keys of a robust and reliable forklift truck to Resources Manager, Zoe Kasiya last week. “This forklift is a real godsend,” Zoe told us. “Our volunteer teams have been lifting and shifting growing volumes of equipment, often…

We are very excited and pleased to present our first ever video to feature the wonderful work at Mother Teresa Children’s Centre. Ever wondered why we work so hard to raise income by renting JCB’s and selling bikes and books in Malawi? Well it’s all for this very special centre and these fantastic children. A…

This site uses Akismet to reduce spam. Learn how your comment data is processed.