Malawian student, twenty two year old Rudo Mhango, has developed a 3D video game called ‘Project Nyasa’  in his local language, Chichewa. One of over two hundred college students at the John Paul II Leadership and IT Institute, Rudo is achieving world-class software development in the middle of an impoverished African township.

JPII LITI was funded by US cellphone company, Mobal, through Krizevac Project, the unique charity created by its Chairman, Tony Smith. Tony explains, “Technology has the power to change the world for the better! As a landlocked country, Malawi is poorly placed to import or export anything, but with the fast internet connection which we’re providing this college, talented people like Rudo can sell software products and services to the world at the click of a mouse. We’ve made sure the skills and equipment are there to grow a world-class capability.” 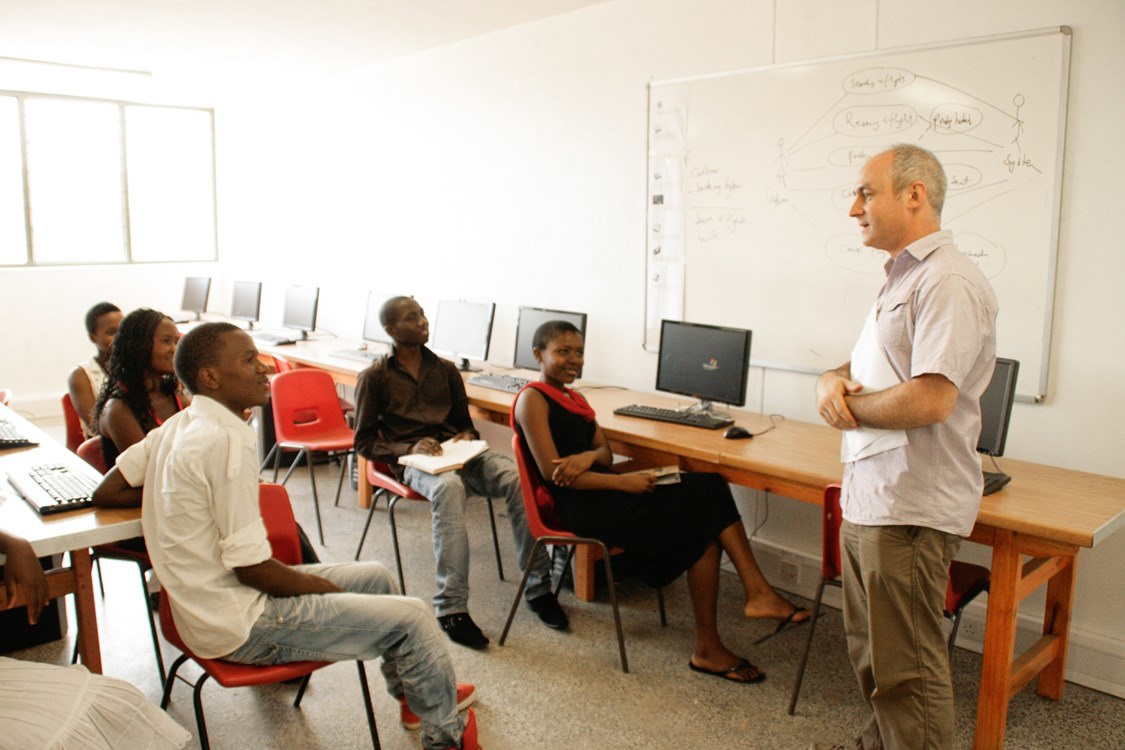 Rudo’s dream of developing games began at primary school, and he’s amazed that his dream is now becoming a reality. The young computer geek  explained, “This 3D video game development has involved a range of skills: computer programming, 3D graphics designing, some mathematics and, above all, passion! I am still working on it. I want to add some more features so that it gives a more interesting game experience to all users.”

He also revealed that he will soon be working with some other students from other colleges in Blantyre, to develop a new 3D car racing video game that will capture Blantyre city as a racing ground. Imagine, globally, those who’ve never visited Malawi will be able to drive around it in a virtual game.

The John Paul II Leadership and IT Institute is a three storey, 15-classroom, purpose-built facility with capacity for 400 networked computers. The bricks and building were made by the Beeehive Centre for Social Enterprise, the not-for-profit parent of JPII LITI.

We owe a great deal of thanks to the Royal Mail for their incredible donation of 20,000 bikes. Having decided these much-loved bikes are coming to the end of their useful life in the UK, we don’t think there is any possible better use than to give them a new life in Malawi where they’ll be so very valuable (see Beebikes).

Bikes are such a valuable source of transport in Malawi where fuel costs are rising every month. These Royal Mail bikes are perfect for Africa with Sturmey Archer 3 or 5 speed hub gears and hub brakes. They’re also real workhorses, hand made by Pashley in the British Midlands. It’s difficult to imagine a better way of boosting the life chances of rural communities in Malawi than with a Royal Mail bike.

We’d also like to thank customers and staff at Mobal Communications who have so generously pledged to fund the transportation of these bikes. The value of their donation is powerfully multiplied; the bikes sell in Malawi for twice the cost of the transport and we’ve created a number of jobs in the process.