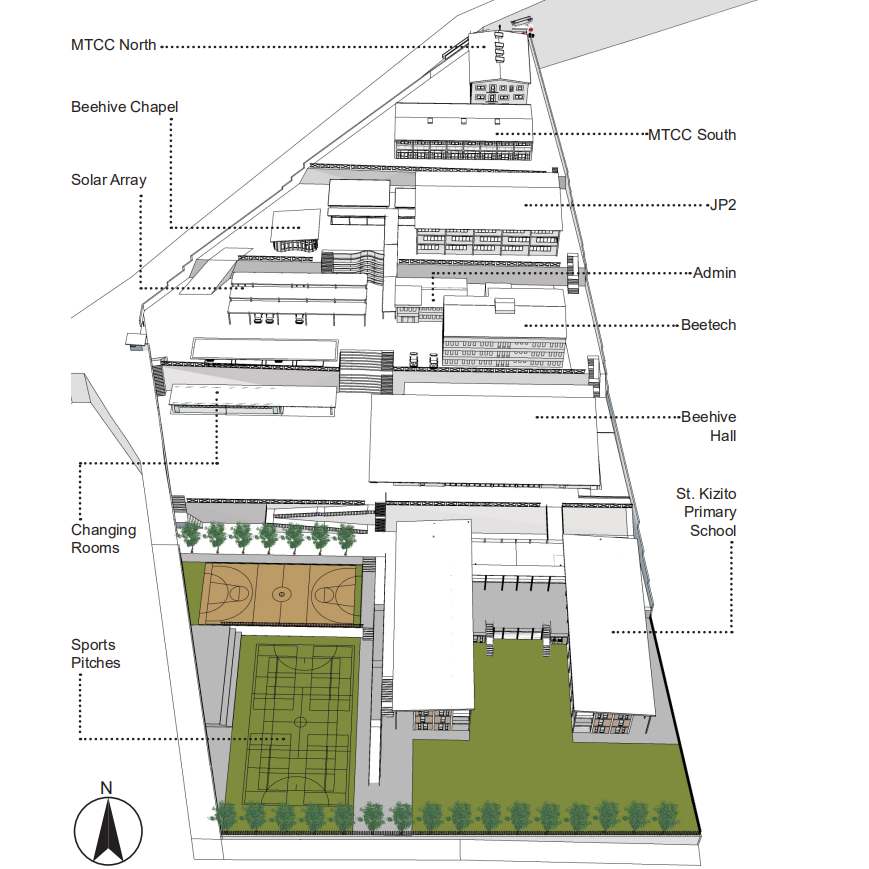 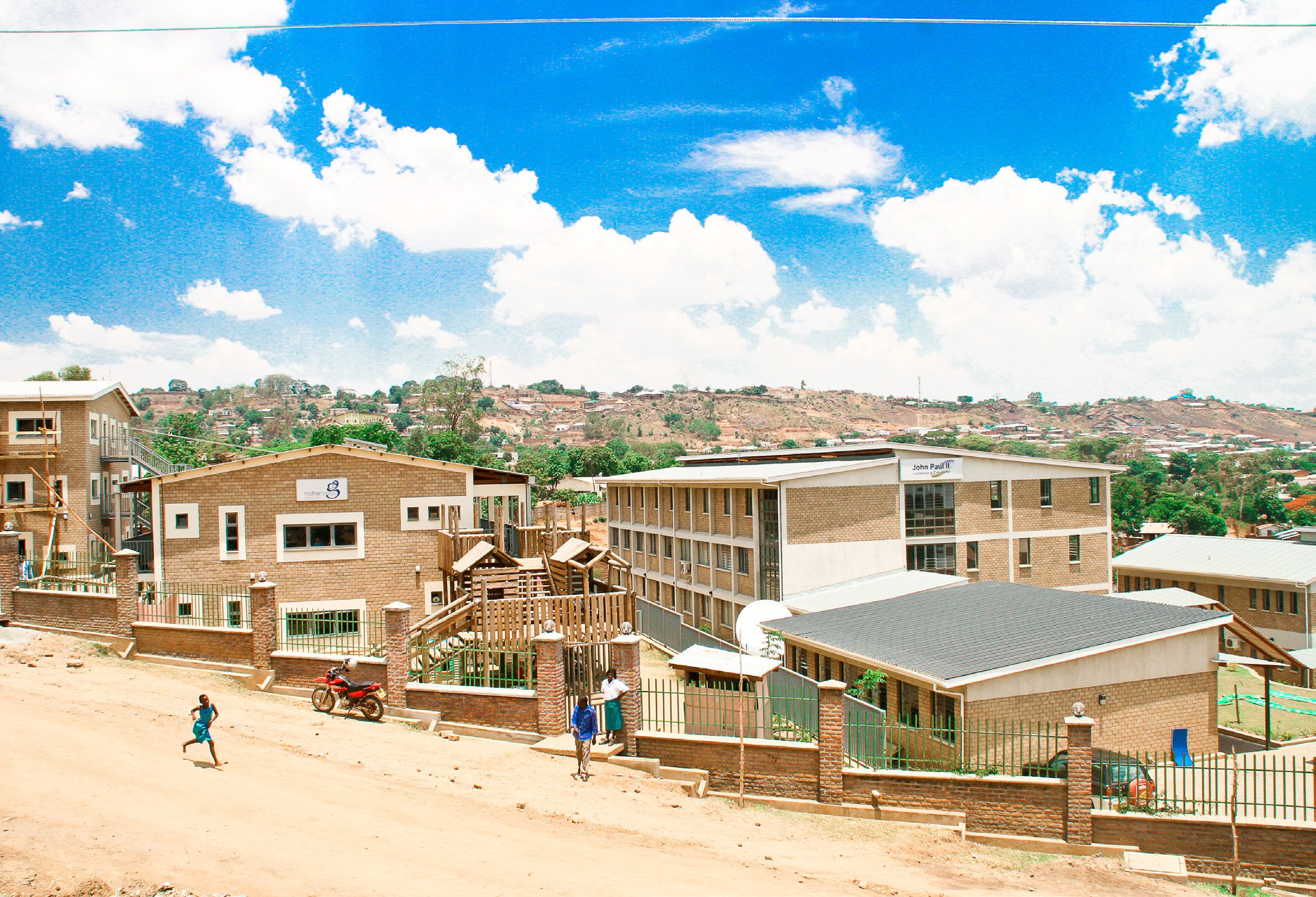 “Public service, personal sacrifice. Committment to quality service, prosessionalism and integrity. Equal opportunities and support for the most needy, the poorest of the poor."

“We will transform the quality of life of people in the area of The Cross on Mount Michiru. We will do this by creating jobs and enterprises, developing peoples’ capabilities, skills and self development and through improving buildings and the environment. We will work to achieve sustainability through professional commercial enterprises.”
(Beehive Mission Statement)

The Beehive Main Campus is located in the heart of Chilomoni, a deprived area of Blantyre, Malawi. The campus is situated in the centre of a densely-populated residential area, opposite two schools. The land was purchased by Krizevac (a UK-based charity) in 2008, after the founder of the charity, Tony Smith, became aware of a strong need for employment in the area surrounding Krizevac’s first project – the installation of a Cross on Mount Michiru.

The intention for the land was to build a campus of high-quality, aspirational buildings which would create jobs, education and training for the local community, and drive ambition and infrastructural development for years to come.

Groundworks began on the steeply-sloping site in 2008, and took several months to complete. During this time, the site was split into a series of five ‘levels’, in order to create flat platforms (each one accessible from the main road to the West) on which to build. A large, reinforced concrete septic tank was placed at the bottom of the site, capable of serving up to 2,000 people over the coming years. The height difference between each level was taken up by a ‘revetment wall’, which is essentially an earth wall, cut at 45º, and faced with local rocks.

Each of the eight main buildings on the site was designed by a different Architect and Engineer, some from Malawi, and others from UK and Europe, which has helped to create a set of diverse, unique buildings, tailored specifically to the needs of the end-users. The first building to be constructed on the Main Campus was the Mother Teresa Children’s Centre on Level 01.The current construction is the St. Kizito Primary School (and associated sports pitches) on Level 05, which is due for completion in 2021, which will mark the end of development on the site.